As you experience art and conversation with working artists, the streets and public spaces of New York City become a classroom for theological learning in this immersion experience. You will have a unique opportunity to reflect on your own work, theology, and aesthetics, as well as find yourself in the broader arts conversation outside the seminary, through interaction with both national and international arts culture.
The week of classroom and experiential learning in New York is at the heart of the NYC immersion. The readings and online discussions for those taking the course for credit will begin two or three weeks before they arrive in NYC. Students in New York live in a prime location, just a few subway stops from Midtown Manhattan. By visiting galleries, parks, and museums, as well as navigating the city’s different neighborhoods and enclaves, you’ll expand on the subjects discussed in class. Even though you will have free time in the evenings, you can expect to see at least one show as part of the course.

New York Theological Seminary’s highest award is the Sower Award. It is given to people who have distinguished themselves in ministry through excellence and faithfulness. It was established by the Board of Trustees in 1988. Dr. Wilbert Webster White, the Seminary’s founder and first President, used the image of the Biblical Sower from Matthew’s thirteenth chapter as its official logo. The award is a mounted bronze relief based on French artist Jean-François Millet’s painting “The Sower” (1814-1875). The handsome bronze casting is prominently displayed at the administrative offices of the Seminary. In addition to teaching excellence in ministry, New York Theological Seminary strives to honor excellence in the ministry of those who “have gone out to sow.”
The Vernon M. Dougherty Distinction in Ministry Award is the highest honor bestowed upon alumni and alumnae of New York Theological Seminary and The Biblical Seminary in New York by New York Theological Seminary. Candidates for the award must be nominated by another seminary graduate, hold a seminary degree or certificate, have served in ministry for at least fifteen years, and have distinguished themselves in either ordained or lay ministry. A special committee comprised of members of the Alumni/ae Association, faculty, and administration chooses the recipients. In 2008, the award was renamed in honor of the late Rev. Vernon M. Dougherty, Class of 2003, who served as Director of Alumni/ae and Church Relations at the Seminary from 2002 to 2008.

The Certificate in Ministry and Leadership (CML) is a two-year non-degree program that provides a fundamental and formal academic-biblical-spiritual-theological education appropriate for both lay and ordained faith leaders of all denominations.
Classes are taught in English and Spanish in classrooms in the Metropolitan Area and other urban areas in New Jersey, as well as online in both English and Spanish. Most of our locations offer classes on Saturdays, with others offering classes in the evenings or in intensive formats during the week. For a list of sites, go here.
Women and men with a high school diploma or its equivalent who want to improve their biblical literacy and spiritual understanding and be better prepared for ministry are encouraged to apply. There is no application fee.

[three] The school sought to purposefully bridge the divide that had begun to open between university-based and Bible school forms of theological education under the direction of its founder, Wilbert Webster White. White was a strong supporter of the so-called “inductive Bible study method.” He thought that the Bible should be taught in English and that it should take center stage in theological education. The approach readily lent itself to a focus on practical ministry training, which has been a hallmark of the institution since its inception.
In 1902, White relocated the school to New York City, renaming it the Bible Teachers’ Training School, in order to provide a more “cosmopolitan” setting for students’ ministerial training.
[number four] The Biblical Seminary in New York became the corporate name in 1921, and then New York Theological Seminary in 1965. (5) 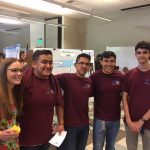 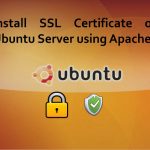